Race Face Brand Development Drivers represent some of the sports most talented young drivers.  They understand the importance of developing a professional brand strategy that will assist them in reaching their goals in Motorsports. Our relationship is based on the understanding that a good brand is key to growing your fan base and getting quality marketing partners.  Our goal is to be a Champion both on and off the track.

2020 RCR NASCAR Xfinity Series Driver
In 2018, Anthony competed fulltime in the NASCAR K&N Pro Series East, a proven training ground for NASCAR Cup Series drivers. He visited victory lane at South Boston Speedway and ended the season with 9 top 10s and 5th overall in points. Anthony gained valuable experience this year and is looking forward to taking that experience to the NASCAR Gander Outdoors Truck Series in 2019 with DGR-Crosley.

Pro Late Models, SRL Soutwest Tour, ARCA Menard's West
The 2018 season is over and we are extremely excited about our results. In the USAC Western Speed 2 Midget Series, Joey finished the season with a 2nd place in the Championship. He also ran the last three races in the 51FIFTY Energy Drink Jr Late Model Series at Madera Speedway. We made our debut on August 25th bringing home a top-five finish in 5th place. The team has also announced that they have signed with Race Face Brand Development for the 2018-2019 season and look forward to working with them as we begin to push forward with a strong marketing and branding strategy. None of this would be possible without the support of our fans and guidance from our heavenly father.

MIDWEST TRUCK SERIES, Super Late Models
Joe will be stepping up from Micro Sprints to the Midwest Truck Series and the INEX Legends for 2019, he will be racing at several tracks across the country to expose him to a variety of different tracks and racers instead of focusing on winning a track championship at his local track. "We are excited to have Joe Valento in the 2019 Race Face Next Class, the program is designed to assist up-and-coming racers navigate through the areas of Branding and Marketing as well as creating a Blue-Print to map out a professional racing career. We see a true desire to excel in racing with Joe and we are excited to be working with him and his family". RFBD Rod Wortham

IMSA Michelin Pilot Challange
Virginia-native Brian Henderson has been racing since the age of five. A year later, at age 6, Henderson won his first karting Championship at King George Speedway. Henderson raced multiple divisions in the World Karting Association and Virginia Dirt Karting Association from 2005 to 2012, winning multiple races, poles, and championships. Henderson transitioned to road-racing in Mazda Miata’s in 2013. After graduating from the NASA driving school, Henderson won his first SSM race starting from the pole position. In 2019 Brian is competing in the IMSA Michelin Pilot Challange in the TCR Class.

2020 Jefferson Racing Northwest Super Late Models
Bryce was born on December 28th, 2002, in Snohomish WA. Bryce started racing quarter midgets in 2014 winning Rookie of the Year honors in his first year of competition. In 2015 through 2017 he won multiple races, fast times and Club Series Championships racing in a variety of different QMA classes. In 2018 Bryce competed in both the 600 Micro Sprint and INEX Legend Cars in the Northwest and was signed by Race Face Brand Development in their Race Face NEXT program. In October of 2018, the decision was made to move up to the Super Late Model program after Bryce had a successful test with NASCAR Development Team Jefferson Pitts Racing. In 2019 Bryce competed in the NASCAR Whelen All-American Late Model Series at Evergreen Speedway in Monroe, WA. In 2020 Bryce will compete in the Northwest Super Late Model Series driving for Jefferson Racing.

Jr Motorsports Driver, CARS Tour
Connor Mosack is a 20-year-old race car driver from Charlotte, NC. an accomplished Legend Car racer he has accumulated major wins that include the 2018 Asphalt Nationals Semi-Pro Championship and Road Course World Finals Championship at Las Vegas Motor Speedway. In 2019 he won the Winter Nationals Pro Championship and the Cook Out Winter Heat Pro Championship at Charlotte Motor Speedway. In 2019 he competed in the NASCAR Whelen All American Late Model Series at Hickory Motor Speedway and will run a Legend Car at the Charlotte Cup Weekend. In 2020 Connor will drive for Jr Motorsports in the CARS Tour. Connor currently attends the prestigious High Point University on a Presidential Scholarship.

2020 GMS Driver, ARCA Menards Series, NASCAR Gander Trucks Series
In 2018 Sam drove for Jr Motorsports in the CARS Tour finishing 5th in points and was the top finishing rookie driver. In 2019 he will drive for GMS Racing in the NASCAR K&N Pro Series as well as the ARCA Racing Series and selected NASCAR Gander Outdoors Truck races later in the year. Anthony gained valuable experience this year and is looking forward to taking that experience to the NASCAR Gander Outdoors Truck Series in 2019 with DGR-Crosley.

2020 GMS NASCAR Gander Outdoors Truck Series
Sheldon Creed was the 2018 ARCA Racing Series Champion and was selected to the first Chevrolet Drivers Edge Development program for 2019. He will compete fulltime in the Gander Outdoor Truck Series in 2019 with GMS Racing in his #2 United Rentals Chevrolet. 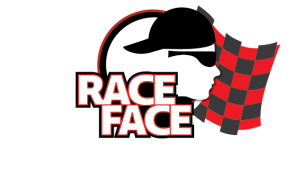 At Race Face Brand Development, we are much more than just your typical marketing agency because we focus on the past, present and the future. Our number one priority is to assist in developing a career path to accomplish your long-term goals.

A driver’s brand is perhaps the most valuable asset in furthering a career in Motorsports.  So, developing a stronger brand is your most important task! As a professional your brand is a reflection on your reputation in the marketplace and often viewed as your resume.

Race Face Brand Development delivers unique branding opportunities for small or large corporations that are interested in leveraging
the popularity of motorsports to market their goods or services.